Reasons to Break Up With Sugar Independent of the Scale

Sugar is ubiquitous in the majority of the foods we eat. It’s sneaky, hiding in unsuspecting places like your pasta sauce, your condiments, and the dressing for your salad.  In recent years, Americans have started relying more and more on “low fat” foods. These foods, in an effort to keep the taste palatable, are loaded up with sugar, which ramps up your carbohydrate intake for the day. However, don’t confuse sugar with carbohydrates. Carbohydrates are a macronutrient that is necessary for your body to properly function. Sugar, on the other hand, is a simple carbohydrate that is usually added during the refinement process in factories. It adds empty calories without providing any additional nutritional benefits.  This translates to weight gain and a whole host of bad health effects. Read on for reasons to decrease the amount of sugar you consume, independent of the scale being a motivator.

It cuts down on human rights violations – It is a little known fact, but sugarcane workers usually suffer from hunger and live in extreme poverty. The Coalition of Agricultural Workers International conducted a study that found that the average sugar worker’s family made up of 6 members had a budget of about 5 cents per meal. Malnutrition plagues the workers, and the farmers that toil on the land rarely enjoy the fruits of their labor. Due to a corrupt and antiquated hacienda system in the Philippines, the few families that control the sugar industry also have a powerful presence in the fertilizers, pesticides and farming tools industries. They control the money and the resources, leaving little for the farmers.

It’s better for the planet – Growing sugarcane is actually very taxing on Mother Earth. It’s an extremely water-intensive crop, and its continual presence in the soil has a harmful impact on the biodiversity of areas like the Mekong Delta and the Atlantic Forest, which already suffer from fragile environments. However, the constant demand for sugar from a sugar-craved world keeps the industry thriving, and so it’s difficult to decrease the crop’s presence. Furthermore, ethanol can be produced from sugarcane through a process known as fermentation. The demand keeps on increasing as the price of petroleum continues to rise. Sugar mills also produce extensive amounts of toxic emissions and wastewater that can leach into freshwater bodies, damaging the rivers and the oceans. 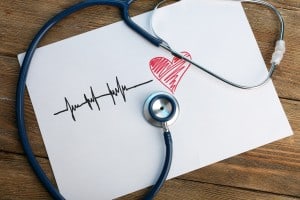 who consume high levels of sugar and a higher risk of heart attacks. Those who consume a smaller amount of sugar in their diet are correlated with having a lower risk. The easiest swap is cutting out your daily candy bar or your daily soda habit by one serving. In two weeks, try cutting down one more serving per day.  Cutting down on the sodas and the sweets gradually help turn this into a sustainable lifestyle switch. Deleting a food out of your life cold turkey is enviable, but it is often an unsustainable decision that leaves your cravings at an all-time high, which can translate to a large binge down the road. If you absolutely must drink something sweet and carbonated, try mixing seltzer water with a squeeze of lemon and a couple of drops of liquid stevia.

It will energize you – Sugar has the annoying effect of tricking us into thinking that it will give us an energy boost. While initially, that package of gummy worms in your system may give you a slight boost in energy due to the insulin spike, it will quickly lead you feeling fatigued, irritated, and craving more. This starts an endless cycle that is difficult to break out of. A piece of fruit is your best substitution because although it does contain natural sugars, it also contains fiber. Fiber keeps you feeling fuller and satiated for longer. It also contains valuable micronutrients that are essential for keeping you healthy.

It helps decrease leptin resistance. Leptin is a hormone that is secreted by adipose cells or 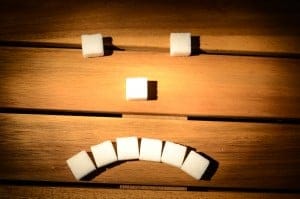 fat cells. It plays a role in inhibiting hunger by acting on receptors in the arcuate nucleus of the hypothalamus. Increased leptin levels signal to your body that you are full and you stop eating. However, individuals with higher body fat percentages have higher levels of leptin, yet higher levels of leptin fail to adequately control hunger and weight. Many studies have been conducted, but so far a definitive diagnosis of whether high levels of carbohydrates, fats, or both, causes leptin resistance, is unclear. One theory that is currently being studied is an alteration in the way that leptin crosses the blood-brain barrier, or BBB has an effect on the feedback loop, which plays a role in peripheral leptin resistance. However, it is clear that long term consumption of high sugar diets does play a role in insulin resistance.