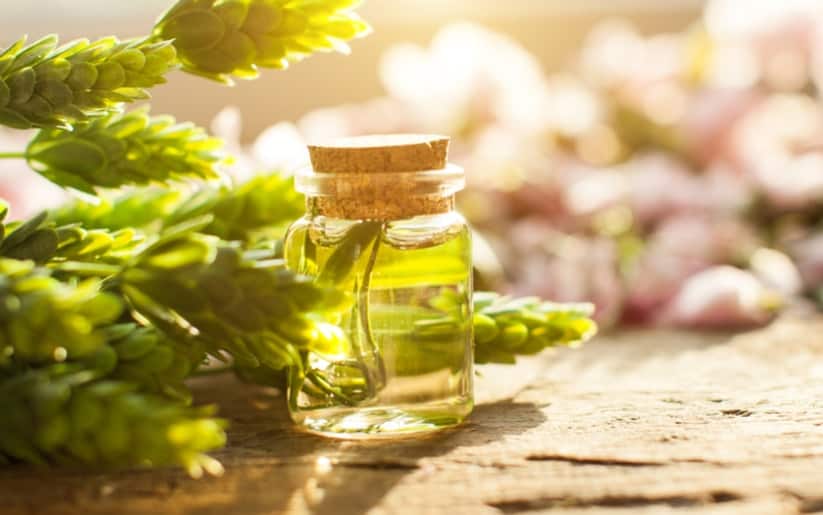 What is Tea Tree Oil and Why Has it Gotten So Popular?

Tea tree oil has become popular as an essential oil recently because of the fact that it is so versatile, and affordable too. There is also enough scientific research about the benefits and safety of using the oil that people feel comfortable using it in many different beneficial ways.

Here are a few of the reasons as to why tea tree oil is so popular.

What is Tea Tree Oil?

Tea tree oil comes from the Melaleuca alternifolia tree – from New South Wales and Queensland (Australia) – and is sourced from the leaves. It’s a different type of tree than the plants that create tea for drinking.

The tea tree oil in an undiluted form is only used for certain things. For topical application on the skin or face, it’s diluted down to a reduced strength to make it suitable. The strength is usually between 5 percent and 40 percent; it depends on the brand, product and its purpose as to what potency is applicable.

What Can Be Treated With Tea Tree Oil?

The oil includes several compounds which have been found in testing to be effective in killing certain types of bacteria and two types of fungi. Some viruses can also be better managed or killed off when applying tea tree oil. While the oil won’t eliminate all bacteria or fungi, it is a natural way to deal with those that crop up quite often.

For people who use spray, roll-ons or stick deodorants, but find that they’re either ineffective, don’t work for long enough or cause irritation, using tea tree oil is an interesting option. The natural anti-fungal properties help to manage the body odor that develops at the armpit area. The reason for this is that body odor comes not from sweating when the body overheats, but from the reaction that occurs when the sweat hits bacteria. Because tea tree oil kills off certain bacteria well, much of the bacteria is no longer present to create a smell. Also, given that it’s an essential oil, when using in a sufficiently diluted form, it doesn’t cause skin irritation unlike some deodorants for people with sensitive skin.

Shampoo at Its Best

You’ll find that using a tea tree oil shampoo is excellent for your hair, but it is also great for your scalp. Some shampoos are just too strong for the scalp and cause irritation when used frequently. A shampoo that incorporates this essential oil often makes washing your hair semi-frequently to be less problematic.

One of the issues with shampoo is it tends to dry out the scalp and can make it flaky. This sometimes leads to problems with dandruff as a result, which everyone wants to avoid. The itchiness can cause scratching and feeds on itself with more dandruff created. Tea tree oil infused in shampoo prevents this by opening pores that are blocked up. The oil also soothes away any skin irritation to prevent the head getting itchy after washing the hair.

For children and adults suffering from acne, it can be an ongoing problem that is quite distressing. It is difficult to know which products are going to be the best for the condition. However, one that contains essential oils is certainly going to put you on the right track.

There are gels available that you can apply directly on the skin where red acne spots occur. These provide a cool, soothing effect and help to open the pores to rid the skin of dirt that is causing the infection in the first place. When the gel has tea tree oil, it can reduce the inflammation because the irritation is minimized.

Another Way to Treat Athlete’s Foot

Athlete’s foot is a medical condition that usually happens when the gaps between the toes are not dried off sufficiently after taking a bath or a shower. For people who tend to dry their feet with a towel but let their toes dry on their own, they often get a case of Athlete’s foot.

It is a fungal infection which exhibits as a white rash discoloration with the toes and underside of the foot. People who get it find it very uncomfortable with a stinging or itching sensation, and occasional burning feeling too. When you use tea tree oil cream to soothe the affected areas a couple of times each day, it attacks the fungi and kills it off. This tends to lessen the symptoms and is an effective home remedy.

For adults who play sports on the weekend or are accident prone, they can pick up skin scrapes and the occasional open cut more regularly than others. The risk with an open wound of any kind is that anything touching that area can reach the bloodstream directly and is extremely painful too.  However, due to its ability to kill off S.aureus bacterium and a few other bacterial infections, tea tree oil can be applied directly to cuts as an antiseptic. To do so, you’ll want to wipe away any dirt and clean the wound with warm soapy water first. Then, mix coconut oil (one teaspoon at most) and a single drop of tea tree oil. Wipe the cut with the mixture and then dress the cut with a bandage. This can be repeated several times a day to let the cut weep and clean itself from the inside until a proper scab is formed.

Tea tree oil is a versatile treatment that’s affordable and quick to use. It’s no wonder so many people are stocking up on products that include tea tree oil in the ingredient list.