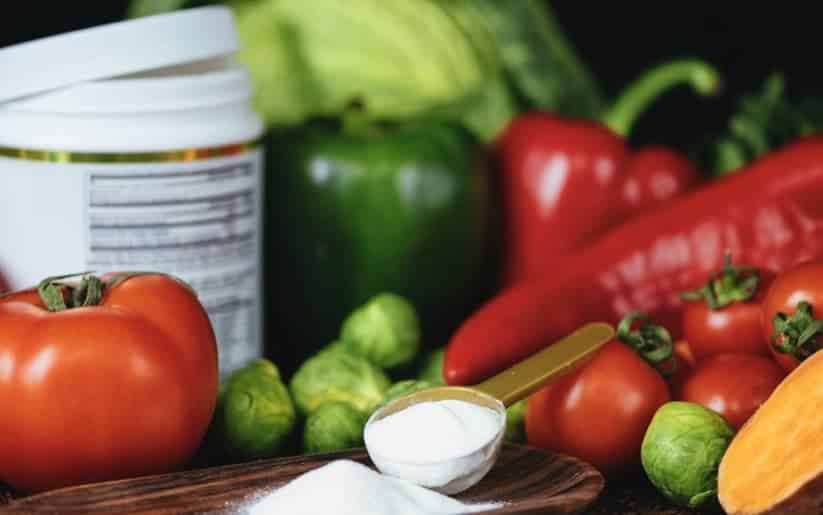 If you spend a lot of time at the gym or read a lot of fitness magazines, you’ve probably heard about peptides for weight loss. There are many different types of peptides, and some are more well-known than others. For example, collagen is a peptide that many of us in the wellness community know about because it’s vital for bone and skin health. Biohackers are even talking about newly discovered peptides that are more on the experimental side. These unusual peptides may seem a bit off-putting at first, but they’re worth knowing about.

The best peptides can have a positive effect, not only on your weight loss journey but also on your physical performance. They are useful for fat burning, capabilities to build muscle, and even anti-aging. If you have muscle or joint injuries, peptides can be incredibly helpful for healing and recovery. In fact, some of the stronger peptides are actually classified as performance-enhancing drugs.

Here’s everything you need to know about peptides, from the common ones we all should try to the newer ones that might not be worth the risk.

Peptides also exist naturally in the body. Some of them work like hormones, communicating information through your bloodstream, cells, and tissues. The more experimental, newly discovered peptide supplements we’re seeing on the market are designed to copy the effects natural peptides have on the body.

Some peptides boost testosterone, some increase IGF-1 (Insulin-like growth factor-1) to help in childhood growth, some boost human growth hormone levels (HGH) to jumpstart lean muscle growth and recovery, some encourage body fat loss, and some help to heal cartilage and joints. Peptides can be a game-changer when it comes to weight loss because they can convince your body to burn fatty acids before it burns glucose or carbohydrates. They can even help to boost your metabolism so that you continue to burn fat cells even while you sleep.

Ipamorelin is a peptide that stimulates the pituitary gland to produce more human growth hormone. It is used for fat loss and boosting metabolism, as well as faster recovery. Many people take it for a short time, just until their desired body weight is achieved. This peptide also has anti-aging properties when taken for more extended periods, including building bone density and increasing energy levels.

Collagen is a well-known protein that makes up our bones, connective tissue, hair, skin, and nails. Although your body continually makes its own collagen, production slows down gradually as we get older. As the amount of collagen in our bodies decreases, our joints and skin begin to age.

Your body needs three different amino acids for collagen production- hydroxyproline, proline, and glycine. These particular amino acids aren’t easy to get through diet alone because they are rarely found in meat. Although the best way to get these crucial amino acids is through dietary collagen, you’re probably not getting much of them unless you’re eating lots of connective tissue and skin.

Many people don’t realize that collagen can help with weight loss because it helps you feel fuller longer. It also helps control your appetite by stimulating the release of satiating hormones into your bloodstream. It also helps you retain muscle mass as you age, and higher muscle mass means more calories burned at a faster rate, decreasing visceral fat mass. As an added bonus, it also makes the skin more elastic and thicker, which reduces the appearance of cellulite.

When you take a collagen supplement, it also provides your body with the amino acids it needs to produce its own collagen, so your skin will remain younger-looking and your joints more flexible as you get older. The best collagen supplements come from grass-fed cows who have been raised without hormones or antibiotics.

If you’re into bodybuilding and optimizing your body composition, you probably already know all about creatine. This peptide helps with building new muscle, which means you burn more calories even at rest. Have you ever noticed that moment where you lose power, and everything gets harder during an intense sprint or heavy lift? That’s called the anaerobic threshold. It’s the moment where your muscles have consumed all of their stored-up energy.

Taking a creatine supplement allows your muscles to store more energy and also rebuilds your energy stores when you’re not working out. Bodybuilders love it because it gives them a few more moments of explosive power before they have to slow down and make the switch to using oxygen for fuel. It helps them get a few precious extra reps during a lift or sprint a little longer during a workout.

Creatine works by helping your body absorb protein, allowing you to build as much as 15% more muscle, and in turn, burn more fat stores. Another great thing about creatine is that it’s a nootropic, so it improves your memory function and reduces brain fog.

Follistatin is one of the more newly discovered, experimental peptides that’s being recommended for weight loss and muscle gain. Our bodies make some follistatin on their own, but human and animal studies are showing amazing results with follistatin supplementation. Test subjects showed triple muscle growth when combining follistatin with resistance training. There’s also significant evidence to show that it can boost fat loss and increase strength. Based on these studies, follistatin shows real promise for weight loss, muscle building, and boosting performance. More research needs to be done to verify its safety over time, but it’s certainly one to keep an eye on.

BPC-157 is one of those powerful peptides we mentioned earlier that’s classified as a performance-enhancing drug. It’s showing miraculous results in for healing soft tissue injuries, including torn ligaments and tendons that would typically require surgery. Faster healing means you can get back in the gym quicker to achieve your weight loss goals. No side-effects have been discovered at this time, but it’s still very new on the market so do your own research before giving it a try.

If you feel like you have tried everything to lose weight and still aren’t meeting your goals, peptides just might be the answer you’re looking for. The truth is, peptides like collagen and creatine have been well studied in clinical trials, and they’re certainly worth trying for faster weight loss, as well as anti-aging and recovery. Be sure to combine peptides with an active lifestyle and a healthy diet for the best results.