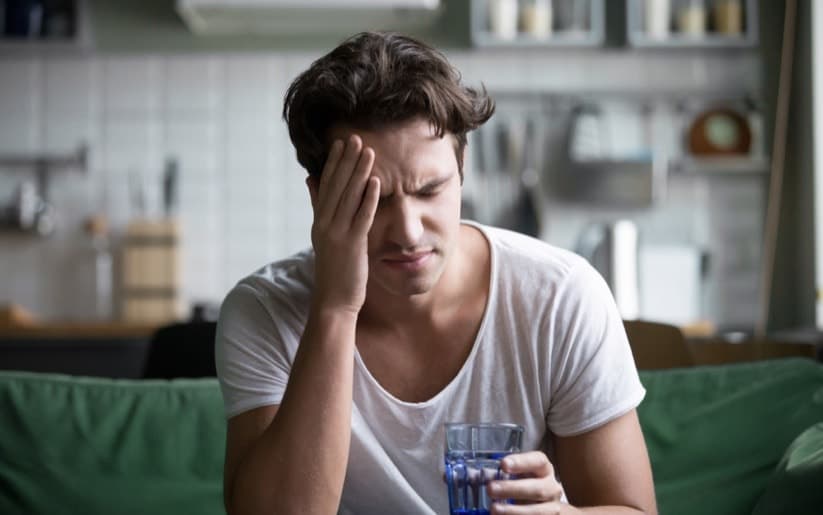 How to Treat Migraines Naturally and Effectively

It feels as if there is hammering and pounding in the head. Sound or talking is unbearable, as is light or glare. The pain arises from hot, choleric fumes, together with windiness. And so one feels piercing, burning and ringing. – Bartholomaeus Anglicus, 1483

Even today many would describe a migraine as “just a headache”, but as you see, it is a disease that has been tormenting many people for centuries. In fact, it is the third most prevailing and the sixth most disabling illness in the world, with 12% of the population (including children) suffering from it.

Despite its prevalence, it is still a poorly understood condition, with a small amount of money invested in its research. Medicines used for its treatment are, therefore, often ineffective or have an adverse impact on your overall health.

However, there are some nutrients, herbs, and methods which might help you treat migraines naturally and effectively, or at least ease their symptoms.

Several studies have suggested that patients suffering from migraines should take magnesium because it is believed it can prevent the wave of brain signaling, known as cortical spreading depression, which is linked with migraines.

Daily oral magnesium has proven effective in preventing menstrual-related migraines and can reduce the frequency of migraine attacks. Because it is considered safe for use (even in pregnancy) and the lack of severe side effects (the most common is diarrhea), magnesium is frequently used as a preventive measure and with other preventive medications. It is usually consumed in the form of pills 400-500 mg, but sometimes there is a need for an intravenous infusion of magnesium which can abort an acute attack.

Feverfew (Tanacetum parthenium) is a perennial plant from the daisy family which grows in most of North America, Europe, and Canada, and has been used in traditional medicine for centuries. According to the Migraine Trust, many patients who have used feverfew have reported less frequent migraine episodes, and some of them have even claimed that the attacks have stopped altogether.

Feverfew is taken in the form of freeze-dried capsules, but it can also be taken in prepared tablets, teas, and tinctures. However, it should not be taken during pregnancy or breastfeeding, but otherwise, there doesn’t appear to be many side effects that are reported.

Until recently CBD oil was avoided as a migraine treatment due to the legal obstacles related to THC. However, initial studies of CBD oil for migraines looks promising, as researchers have found that it can suppress neuropathic and inflammatory pain, decrease migraines, and help with all kinds of headaches.

Opposite to what one might expect, the risks associated with CBD oil appear to be very minimal. The two main risks are weak regulations when it comes to labeling and the uncertainty of potency.

There are several ways to use CBD oil for alleviating migraines, and they include applying it on the skin, eating it by infusing into the food or drinks, vaping, taking it orally, and ingesting it into a capsule. There is no standard dosage for any of these methods, but it is always best to start with as little as possible, especially if you are new with it.

Butterbur – reducing the frequency of migraines

Butterbur (Petasites hybridus) is a perennial plant that grows in Asia, Europe, and parts of North America. It has long been used as a treatment for headaches and migraines. It is believed that the substances found in it (petasin and isopetasin) reduce inflammation, and thus prevent migraines or reduce their frequency.

Its effectiveness is both proven and disputed in various studies, but many patients reported relief. Some of the known side effects of this plant are drowsiness, burping, itchy eyes, and fatigue. It is sold in a variety of formulations including powders, capsules, teas, and tinctures.

When you are having a migraine, it is difficult to see things long term. Still, the path to reduced frequency of migraine episodes may be longer than you think. Some lifestyle changes can result in gradual relief. The first thing you can do is to improve your sleeping habits. Studies have shown that not getting enough sleep can trigger migraines and cause occasional headaches.

Other things you can do are to stay well hydrated (avoid coffee, alcohol, and sugary drinks), be more physically active during the day, de-stress, and adapt your diet.

Migraines can be a paralyzing condition and cause severe pain. However, by trying some natural treatment options hopefully, you can find some relief.